The name hydrogen is derived from the Greek words for water; hydro and former; genes. Hydrogen (H) has atomic number 1 and is the lightest element in the periodic table. The most common isotope of hydrogen consists of one proton and one electron. Estimates show that hydrogen is the most common element in the universe and, despite its lightness, makes up three quarters of the mass in the universe.

On earth, the hydrogen atom mostly appears as part of the water molecule, H2O. Hydrogen is also a part of many other substances, for instance in hydrocarbons, carbohydrates, and ammonia (NH3).

Hydrogen is an energy carrier and must therefore be produced from energy resources. The most used production methods are electrolysis and reforming of fossil energy e.g., natural gas. When hydrogen is produced from renewable energy, it is categorized as green hydrogen, while when generated from gas reforming with Carbon Capture and Storage (CCS) or Carbon Capture Usage and Storage (CCUS) it is known as blue hydrogen. Both green and blue hydrogen are categorized as clean energy carriers and when utilized in a Fuel Cell the only emissions are clean water and heat. 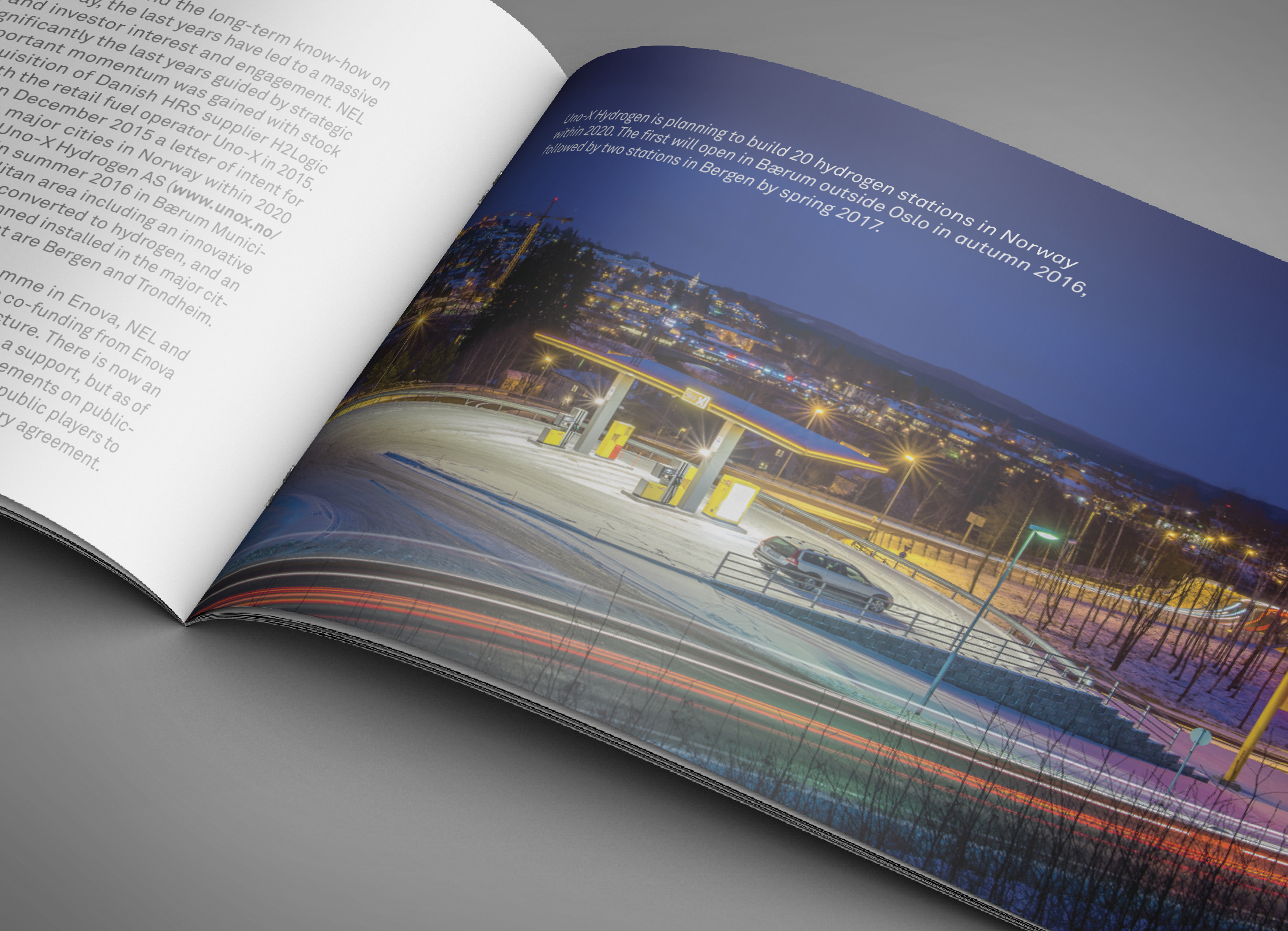 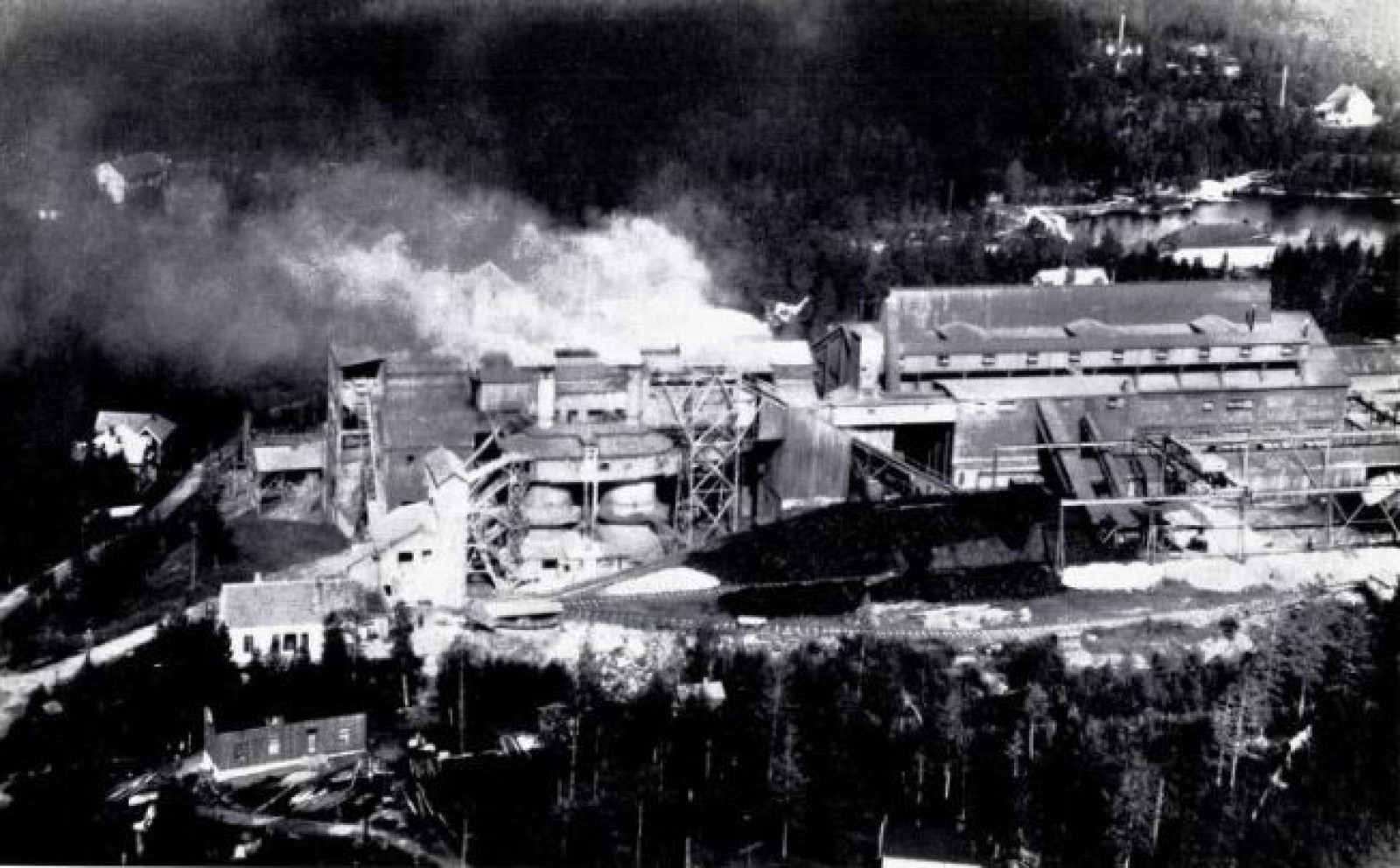 In Norway, Norsk Hydro have produced and utilized hydrogen for large scale fertilizer production since 1927. Their electrolysis technology is being further developed and supplied by NEL Hydrogen. Norsk Hydro, Statkraft and Statoil (now Equinor), together with Raufoss Fuel Systems (now Hexagon Purus) and Norwegian research institutions, brought hydrogen from the industrial and research domain to the public refueling arena in the beginning of 2000 through the HyNor-project, which was established to demonstrate the readiness of hydrogen as an alternative fuel for passenger cars. Some hydrogen refueling stations were established through public and private investments.

Norwegian companies, research institutes, and universities have over the last decades developed strong competence and long experience within hydrogen technologies. New companies along the entire value chain from hydrogen production and distribution to end use and system integration are being established building competence, experience, products and solutions. Today, both new and more established companies are heavily engaging in hydrogen, either as a small part of their business or having hydrogen as their core business. The frequency with which new initiatives and projects are established has increased tremendously over the past few years, leading to increased public awareness and eventually a nationwide deployment of hydrogen solutions in the coming years.

With 98% of renewable electricity in Norwegian power production and an increasing exploitation of small-scale run-off rivers, solar and wind power, the need for grid balancing and energy buffering is increasing.

The growing hydrogen infrastructure could play a crucial role in meeting these challenge as well as contributing to meet the ambitious climate targets. Regional authorities and public financial support agencies have for many years supported the development of hydrogen technologies. Lately, large industrial players are investing substantially in scaling up and deploying hydrogen for emission reductions in industry as well as in road and maritime transport. 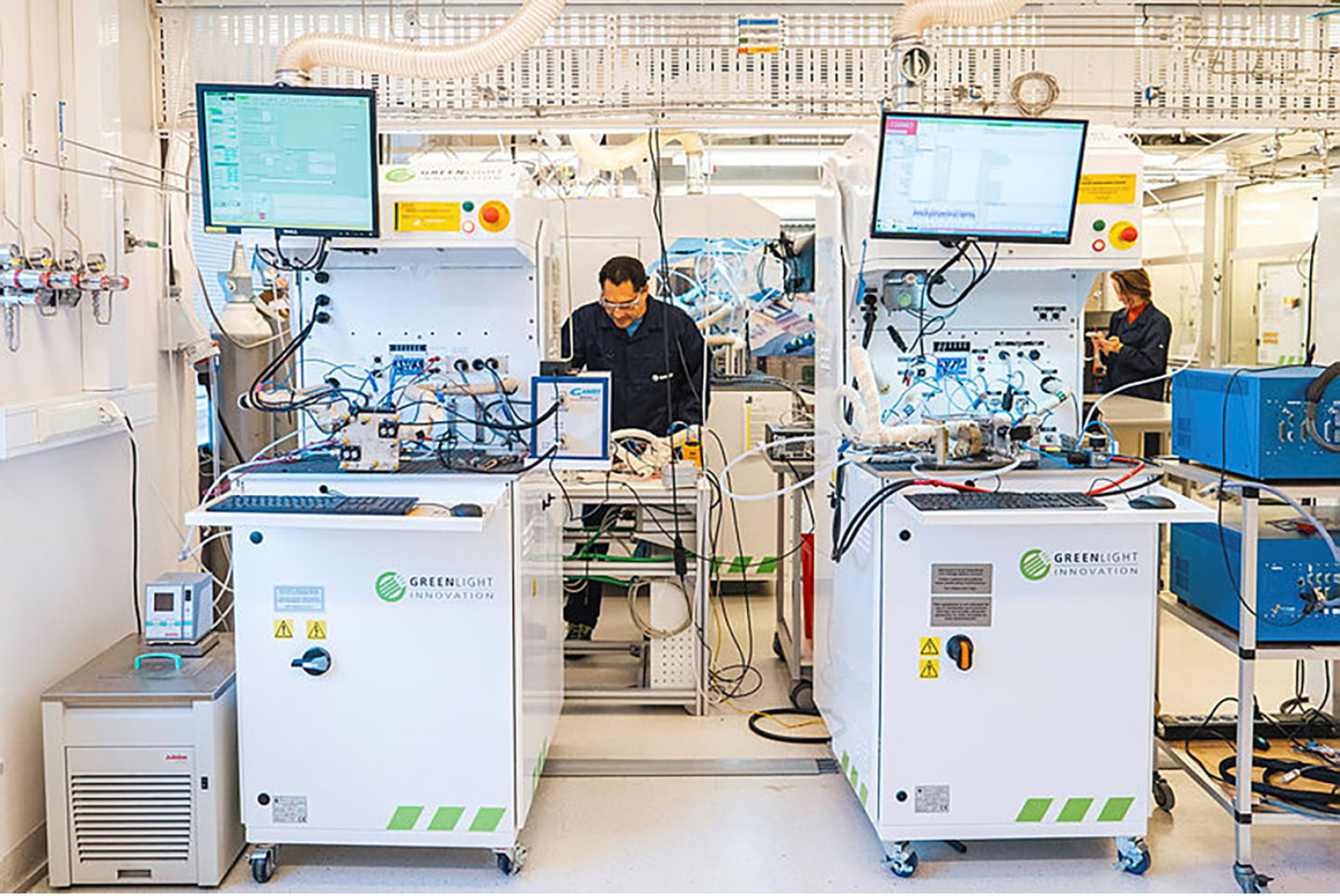 The Norwegian Hydrogen Forum (NHF) is facilitating further development of these skills and capabilities so that Norwegian stakeholders can maintain their pioneering role and take an adequate share in the growing global market for hydrogen and ammonia technologies. NHF aims to be a visible actor in the hydrogen community in Norway and abroad and has an important coordinator and facilitating role in fostering this growing industry.

Nordic Hydrogen Partnership (NHP) is a collaboration between the Nordic hydrogen associations. The partners are Norsk Hydrogenforum in Norway, Vätgass Sverige in Sweden, Brintbranchen in Denmark, VTT Technical Research Center of Finland and Icelandic New Energy on Iceland. As well as being a platform for communication between the Nordic countries, NHP use their expertise to boost the cross-sector implementation of hydrogen and fuel cell technologies in the Nordics, in close cooperation with several industry representatives.

Hydrogen is an energy carrier that can be produced from all energy sources, including natural gas and renewable energy, both of which Norway has in abundance. Due to increased use of solar and wind power that does not necessary produce energy when we need it, as well as a higher power demand, this has created a substantial interest of including production of hydrogen to enhance the flexibility in the energy system. To accommodate and facilitate for the needed growth, it is important that the Norwegian government take an active part.

The first National hydrogen strategy was launched in 2005 by the Ministries of Petroleum & Energy and Transport & Communications. In June 2020, the government presented a new Norwegian Hydrogen Strategy, which they followed up with a roadmap in June 2021. The roadmap was part of the White Paper “Value creation from Norwegian Energy Recourses. The White Paper states that Norway’s position as an energy nation will be further developed through new initiatives such as hydrogen, offshore wind, strengthening of the grid and low emission oil and gas sector.

In 2021, a new government was formed and in their political platform (Hurdalsplattformen), hydrogen is mentioned more times than in any other platforms previously.

Norway and the EU have ratified the international Paris Agreement on climate change, and, like the EU, Norway has committed to a target of at least 50 percent reduction of greenhouse gas emissions by 2030 compared to 1990 levels.

Norwegian Hydrogen Forum (NHF) was founded in 1996 as a non-profit member organization, which promotes the advantages of hydrogen and ammonia as energy carriers. As of 2022, our over 70 members span Norwegian producers, distributors, industry, universities, research institutes, companies in the transportation sector, consulting firms and other organizations interested in hydrogen.

NHF works actively to disseminate key information in Norway on hydrogen and ammonia research and technology commercialisation, market trends and international policy making. Moreover, NHF is organizing conferences, seminars, and workshops, some in collaboration with our Nordic sister-organizations, projects, or other national and international stakeholders. Updates are provided by publishing newsletters and posting news on www.hydrogen.no.

NHF is convinced that one of the best ways to serve our members is to contribute to establish a substantial market for hydrogen technologies both in Norway and internationally. To fulfil this ambition NHF is actively promoting our members' interests towards public authorities and decision makers.

Recently, NHF has succeeded in getting substantial political attention and support for introduction of hydrogen technologies at regional as well as national level, ensuring strong financial support schemes in the years to come.

The basis on which NHF is founded concerns the important role hydrogen will have in the transformation to a greener future. Norway have been a frontrunner when it comes to renewable energy such as hydropower. Now, we must show the world that we still are a renewable energy nation to reckon with and take a leading role in the hydrogen and ammonia industry.

The County Network is a cooperation between counties and municipalities in Norway. The main goal is to develop well-functioning value chains for hydrogen throughout the country. NHF is the secretariat for the network.

Regional authowrities play an important role in the work of phasing out fossil fuels and promoting low- and zero-emission solutions. Hydrogen has over the last years received significantly increased focus from the authorities and the industry, and a number of projects and initiatives have been initiated throughout the country. This provides both a challenge and opportunities for counties and municipalities, both on political and administrative level. Counites and municipalities are important to facilitate the development in such a way that energy resources are utilized, green jobs are created and greenhouse gas emissions are reduced.

The County Network aims to:

Herøya in Vestfold and Telemark is one of the largest industry areas in Norway, and has established a local hydrogen network. 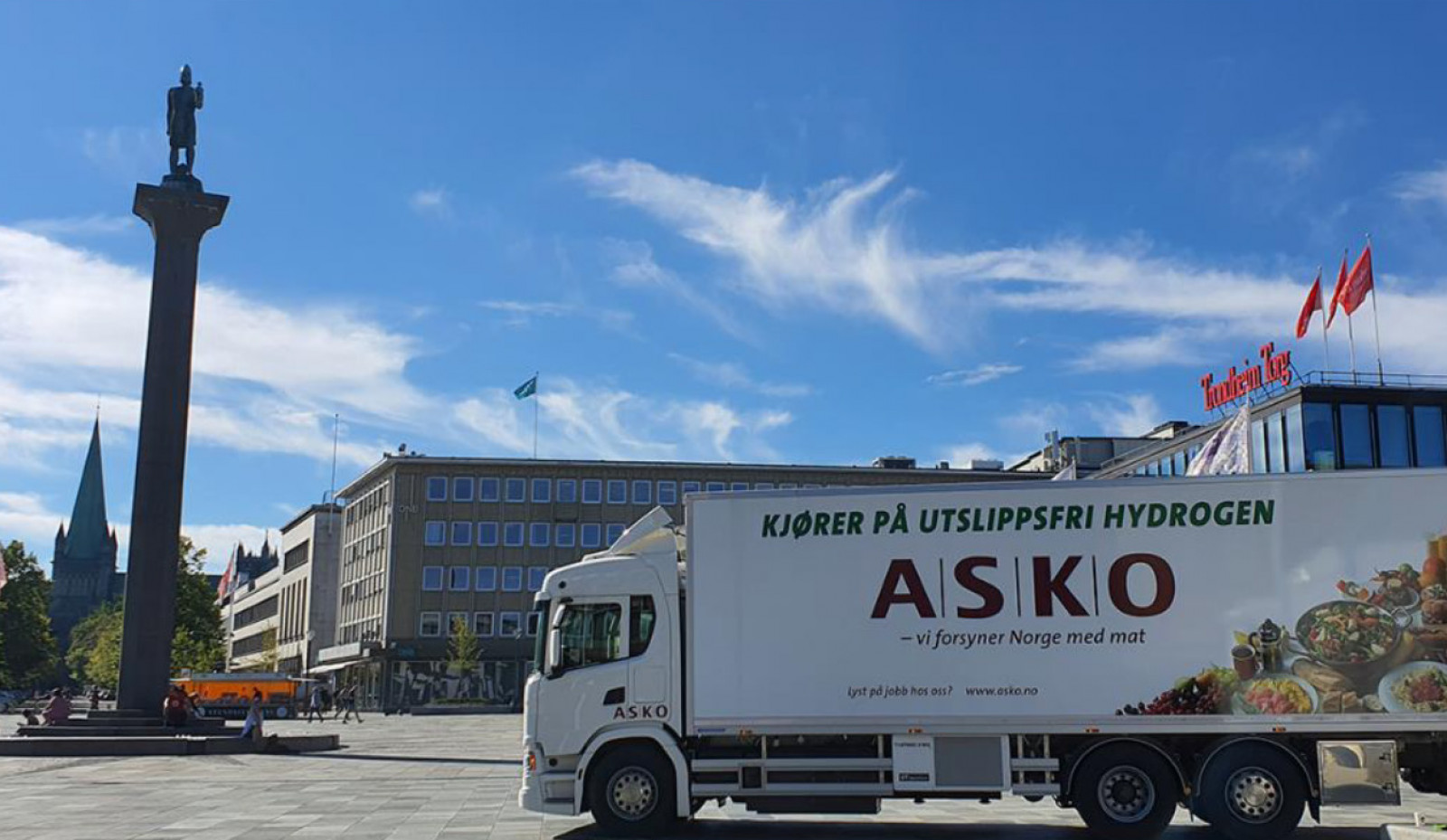 The city of Trondheim aims to play a vital role in the hydrogenvalue chain and intends to enhance the establishment of a robust regional infrastructure for renewable and fossil-free fuels including hydrogen. Europe's first hydrogen trucks are operated by ASKO Midt-Norge, located in Trondheim.

Troms og Finnmark County has adopted a hydrogen strategy and intend to utilize the natural advantages for the production of hydrogen, both from natural gas and wind power. The EU-project Haeoulus proposes a new-generation electrolyser integrated within a state-of-the-art wind farm in a remote area with access to a weak power grid, located at Raggovidda in Finnmark. 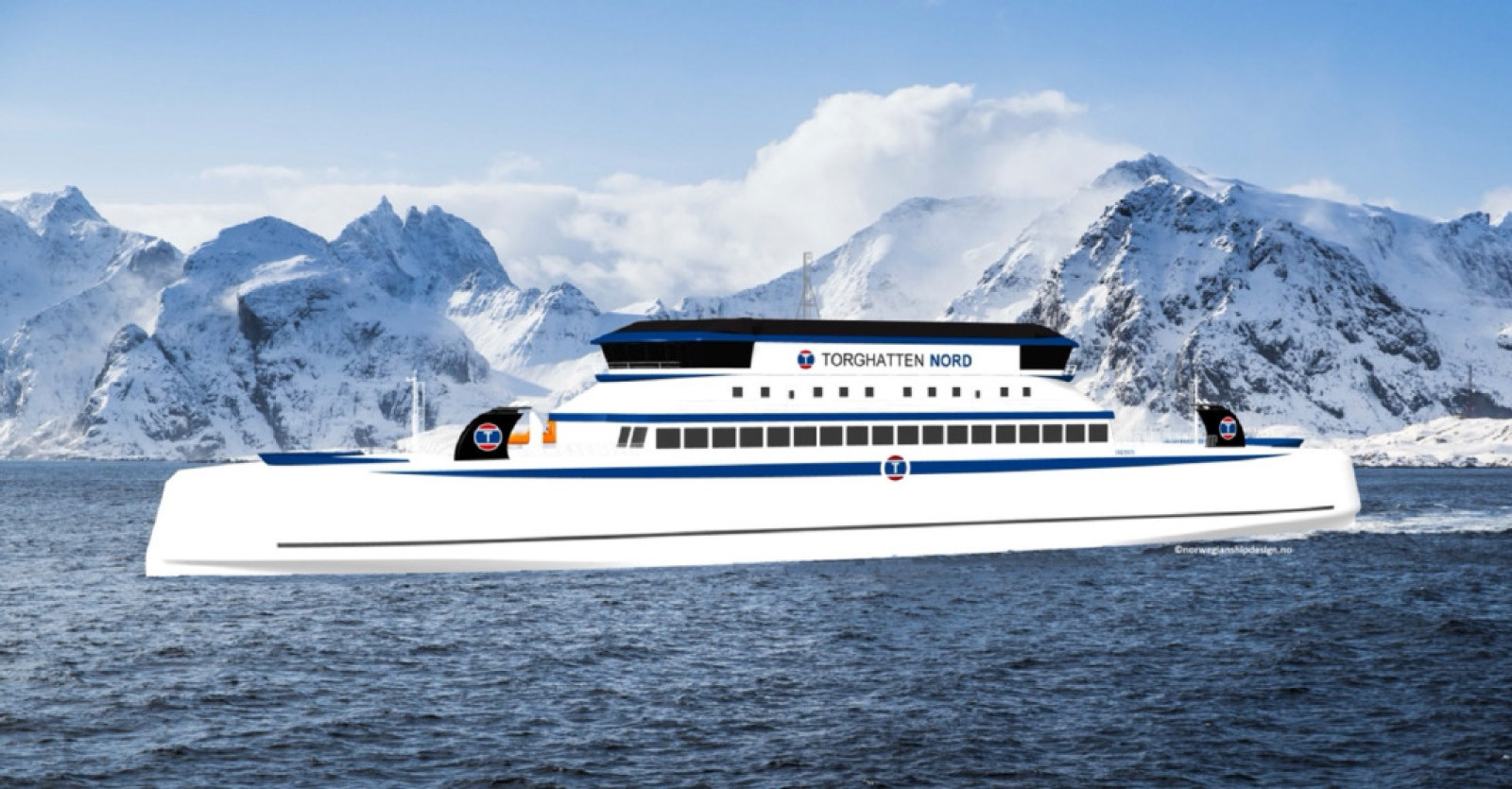 The Vestfjorden Ferries operating the route between Bodø and the Lofoten islands will use hydrogen from 2025. The city of Bodø is the regional capital of Nordland county and a center for logistics and transports. The goal is to realize zero-emission transport systems within the next decades. Hydrogen is expected to play a key role in this ambition. 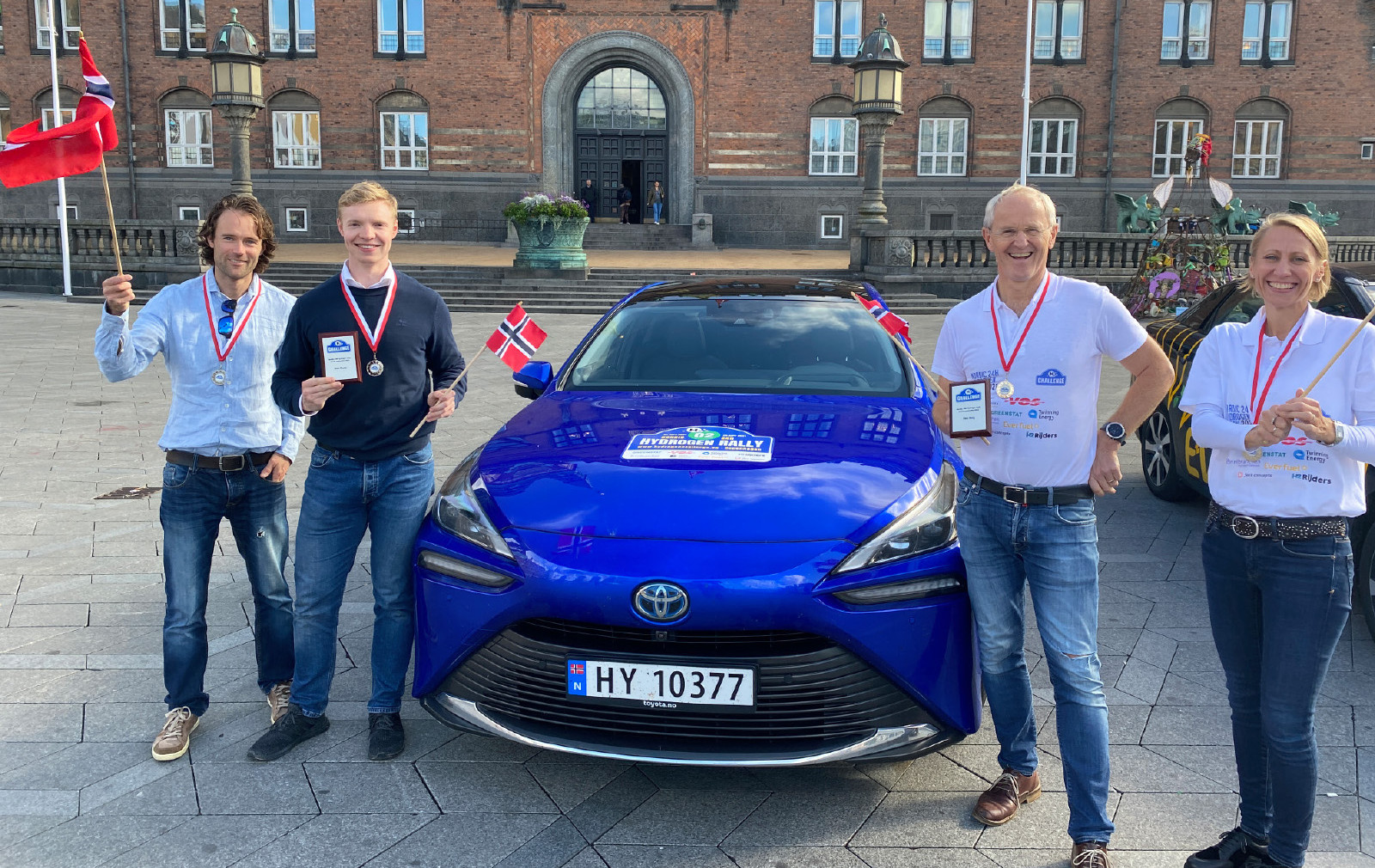